OSNPC Dungeon Clash is an exclusive series of online combat encounters that use community feedback to determine the actions of the characters in each round.

The series follows the following format…

Each series presents a different scenario. The specific ruleset being used is determined at the start of each series. Due to the lack of real-time communication during each episode, rules are interpreted liberally.

Anyone can play, but if you want the full experience, subscribe to the newsletter (it’s free). As a newsletter subscriber, you get… 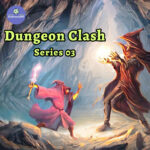 The series will be released for non-subscribers after it is concluded.
If you want to play along, subscribe today. 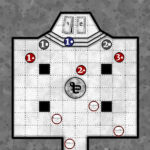 More complicated combat encounter that built upon what was learned in Series 1.

First experimental encounter to test the feasibility of such a series.